Notify me when back in stock

Coding is a modern superpower, a new language. With Coding Awbie kids learn logic skills and problem solving, and it will help them succeed in an increasingly digital world. It is the easiest way to introduce coding to your child.

Coding Awbie uses hands-on physical blocks as coding commands to guide a playful character (Awbie) through a strawberry-munching adventure. Combining tangible blocks, placing them into sequences, loops and if/or actions, will get Awbie on-screen to walk around, jump over obstacles and grab strawberries in a magical world. This interactive game will fire up a child’s imagination, inspires dreams and builds confidence, all while learning programming in coding.

Created by a team from a recognised University Lab, Coding Awbie is inspired by over 50 years of research into computer programming education. The game is appropriate for ages 5–12 and keeps kids engaged for endless hours.

Osmo is an award-winning game system that will change the way your child interacts with the iPad by opening it up and hands-on play. It enables the iPad to merge the power of physical play with the digital advantages of real-time feedback. A ground-breaking system encouraging creative thinking and social interaction by expanding gameplay beyond the screen!

What’s in the box:

*Requires the Osmo Base and Mirror available as part of the Osmo Genius Starter Kit, Osmo Creative Kit or separately here. 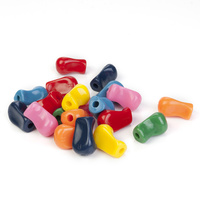